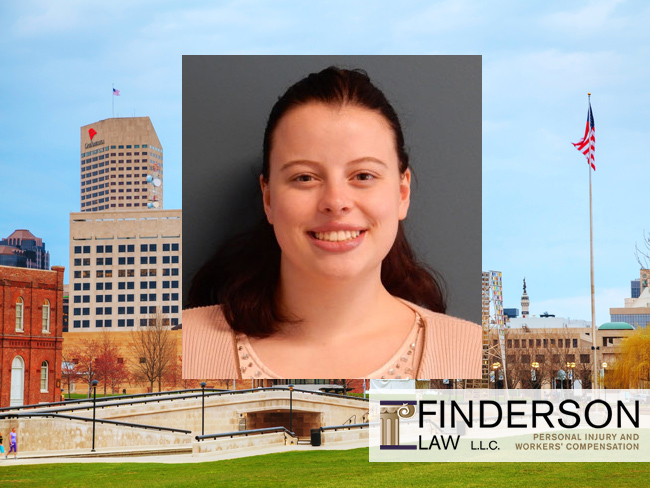 Through a partnership between Indiana University Robert H. McKinney School of Law and Trine University, 2 students from Trine University will begin their law education a year early in Fall 2021. One of these students is Delaney Finderson, daughter of Roger Finderson and legal assistant at Finderson Law.

The partnership between the schools, which began in 2018, allowed Delaney to complete her Trine University coursework in the spring before entering law school at IU this fall. Her first year at IU McKinney will also count towards finishing up her bachelor’s degree from Trine.

Delaney said it was this 3+3 legal program that convinced her to attend Trine in the first place, and her father’s personal injury practice in Fort Wayne, Indiana is what drew her to want to practice law.

“I chose to pursue law to follow in my father’s footsteps, and because I want to make improvements in the lives of others,” Delaney told Trine University reporters.

Delaney also said that she appreciates the fact that the 3+3 program will allow her to work towards obtaining both of her bachelor’s and JD degree simultaneously.

“The program has offered me the ability to save a great deal of money, has helped me to establish a better relationship with the law schools of my choice, and allowed me to experience small-town life with a big future perspective,” she said.

When she completes law school, Delaney hopes to practice either family or human rights law before eventually serving as a judge. Ultimately, she hopes to have a career where she can impact lives—and she’s off to a great start.

Delaney already works as a legal assistant at Finderson Law, where she specializes in medical record procurement and analysis—a position she has held since the law office opened in 2014.

We are proud to have Delaney as a member of our hardworking and dedicated staff, and we wish her well as she begins law school!