According to the National Highway Traffic Safety Administration, rear-end crashes are the most frequently occurring type of collision, accounting for nearly 1 in 3 total crashes and resulting in a substantial number of injuries and fatalities each year. There are over 2.5 million rear-end collisions reported in the United States every year.

While many of these “fender benders” are minor rear-end collisions that result in no injuries and little damage, some people aren’t so lucky. In fact, even low-speed rear-end crashes can cause serious damage and injuries to accident victims that ultimately result in high medical bills, lost wages and tremendous pain and suffering.

If you or a loved one were hurt in a rear-end collision, it’s vital you take the next step by contacting our Indiana car accident attorneys immediately. We will fully and clearly explain your rights, help determine liability and accurately calculate your damages (both past and future).

As fierce and tireless advocates for injured Indianans, our Fort Wayne attorneys are committed to helping auto wreck survivors secure their financial recovery. We have more than 25 years of experience representing injury victims across the state of Indiana, including families who have lost loved ones to deadly collisions.

What Are the Main Causes of Rear-End Crashes?

As with all motor vehicle accidents, rear-end collisions can happen for any number of reasons and in various circumstances. By far, distracted driving is the most common cause of rear-end car and truck crashes, according to the National Transportation Safety Board and other organizations.

In fact, as many as 9 in 10 rear-end collisions occur because of a distracted driver.

For example, say a driver is stuck in bumper-to-bumper traffic. The driver is texting behind the wheel and fails to hit the brakes in time when the vehicle ahead of them slows down, resulting in a rear-end collision. Unfortunately, scenarios such as this are very common on roads in Indiana and across the U.S.

Other common causes of rear-end collisions include:

Whatever the cause of the crash, your top priority after seeking medical care should be to consult with a knowledgeable accident attorney near you who can help determine liability and ensure you’re getting the maximum compensation possible from the at-fault driver or their insurance company.

How to Determine Fault in a Rear-End Collision

Because Indiana is a modified comparative fault state, determining who was responsible for the crash is the first and most important step towards receiving compensation for your damages. Generally speaking, you’ll only be able to file a lawsuit against the other driver if you are found to be less than 51 percent at fault for the crash, according to Indiana’s negligence system.

Under Indiana’s rear-end collision laws, drivers are required to maintain a safe distance from the vehicle in front of them which allows them to avoid a wreck if a vehicle suddenly comes to a halt.

Following other vehicles; distance restrictions
Sec. 14. A person who drives a motor vehicle may not follow another vehicle more closely than is reasonable and prudent, having due regard for the speed of both vehicles, the time interval between vehicles, and the condition of the highway.

For this reason, it is generally assumed that whoever hits a vehicle from behind is at fault for the car accident because they were following too closely.

However, liability isn’t automatic and there are some exceptions.

Are you always at fault if you rear-end someone?

Not necessarily. There are some scenarios where the leading vehicle can be found partially or fully liable for a rear-end collision. Some examples include:

In order to prove liability in a rear-end collision, it’s important to consider the accident scene evidence such as photographs and video of the crash, eyewitness testimony and the police report. An experienced rear-end injury attorney can help you gather and document this evidence to determine liability and calculate your damages. 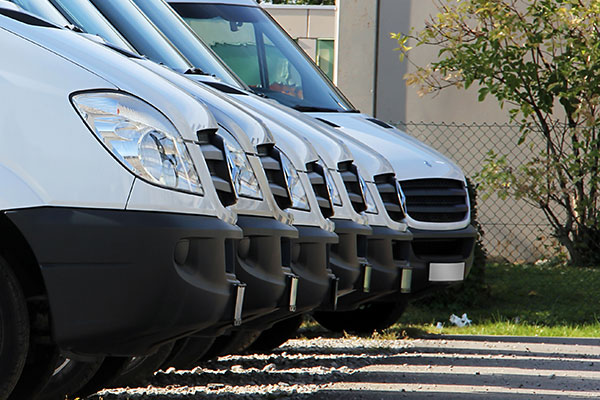 Work-Related Car Accidents
When is a car accident “work-related”? How do you recover damages for your injury?

Find out if you are covered under Indiana workers’ compensation

What Happens to Your Body in a Rear-End Collision?

Even during a low-speed rear-end collision, serious back and neck injuries are possible. Whiplash is by far the most common injury in these types of crashes and occurs when your vehicle suddenly stops or accelerates but your neck stays in place. This results in your spine making an “S” shape in your neck, which compresses your spinal discs and stretches soft-tissue. As a result, you may experience long-term pain, discomfort and health issues in your neck.

Due to the nature of the impact and our bodies, whiplash and other neck injuries are especially common in rear-end collisions—and not just high-speed accidents. Low-speed collisions and seemingly minor fender benders can still transmit enough force to bend your spine and neck in an unnatural way, causing serious injury. Some whiplash symptoms don’t appear right away, which is why it’s crucial that you see a doctor as soon as possible following your collision—even if you don’t feel much pain immediately.

Other common rear-end collision injuries include:

Rear-end collisions are the same as any other auto accident in that once liability has been determined and the other driver has been found to be at fault, you can seek compensation for your financial losses (known as “damages”). If the at-fault driver is insured, then you will generally seek damages from their insurance company; if not, then you can file a lawsuit against them directly for the following damages:

Punitive damages are intended to punish the liable driver if their actions can be considered grossly negligent or malicious. For instance, if your rear-end collision was caused by a drunk driver or due to road rage, you might be able to make a case for punitive damages. However, these types of damages are difficult to secure in personal injury cases, so you should enlist the help of an experienced lawyer in your area to find out if a punitive damage settlement is possible.

When to Consult an Indiana Car Accident Lawyer

A common misconception is that determining liability in a rear-end collision is always straightforward and clear-cut. On the contrary, many times these types of cases are hotly contested—especially when someone is seriously injured in a low-speed impact and the insurance company doesn’t want to pay out a full and fair settlement to the victim.

After receiving medical attention, we urge you to reach out to our experienced Fort Wayne car accident lawyers at Finderson Law. We can help you recover physically, emotionally and financially. Our attorneys are diligent, dedicated problem solvers who are skilled at partnering with clients to understand their specific legal needs and help them achieve their legal objectives. With us in your corner, you can count on receiving superior representation and effective advocacy at every phase of your claim.

We’ve helped and satisfied hundreds of clients. Our history of providing the highest quality legal services —and delivering exceptional results—has earned us 5-star ratings on Facebook and Google. From offices in Fort Wayne, we are proud to represent clients throughout Allen County and the state of Indiana.

Fill out the contact form below to set up your free, no-obligation initial consultation and discover more about your legal options for financial recovery.

REVIEWS FROM OUR CLIENTS

Went above and beyond

Great to work with. Went above and beyond to help us. Very professional and personable. They cared about me and getting done what was needed. Would highly recommend this firm. - D.P.

Always on top of the process and keeps in contact. Communication to me is key regardless if they are making progress or not and they were always answering the phone or returning calls promptly and answering any questions along the way. Top notch and while I hope to never use them again, I highly recommend them. Excellent and phenomenal! - H.H.

Roger went above and beyond for me and got me the results I needed. I'm extremely satisfied with how things turned out! Hopefully, I will not have to visit the office again; but, if I do need a lawyer, I know where to go! - T.