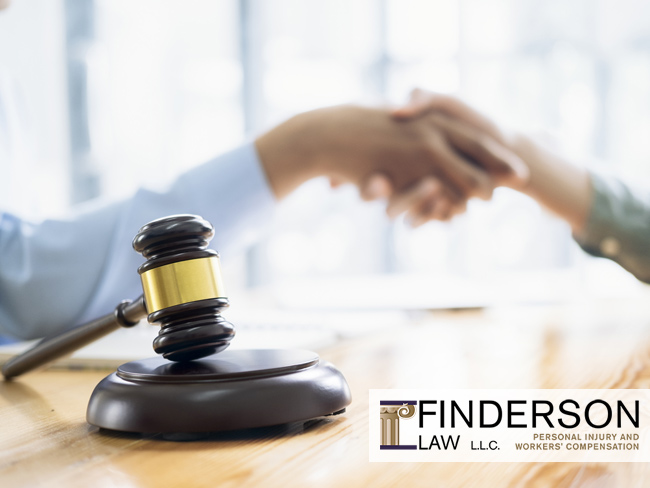 Finderson Law founder, Roger Finderson, has been bestowed a great honor. The College of Workers’ Compensation Lawyers Board of Governors has approved the nomination for Roger to become a Fellow in the College.

With this nomination, Finderson will receive recognition from the legal field for his contributions in the workers’ compensation field and for carrying himself with the high standards that the College demands: character, integrity and professionalism.

Typically, the College of Workers’ Compensation Lawyers (CWCL) holds an Induction Dinner in New Orleans at the Westin New Orleans Canal Place Hotel. This year’s dinner is scheduled for March 20, 2021; however, with the country still in the midst of the COVID-19 pandemic, it is likely that this dinner will be held virtually instead. 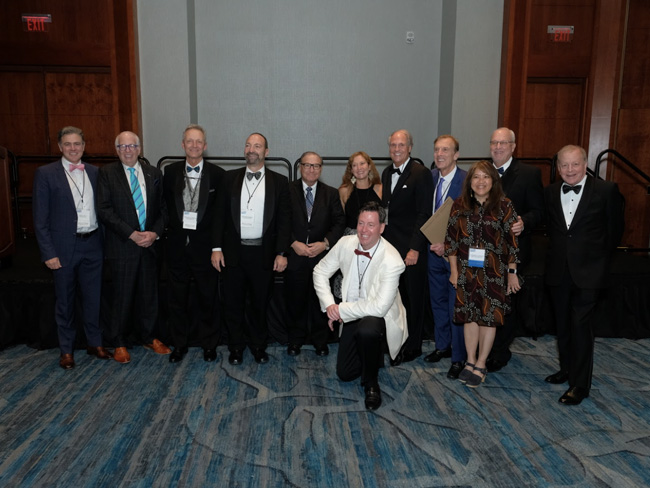 Roger Finderson (pictured in a white suit jacket) kneels in front of other inductees into the College of Workers’ Compensation Lawyers at the Annual Induction Dinner.

The College of Workers’ Compensation Lawyers was created to honor attorneys who went above and beyond in their practice as workers’ compensation attorneys.

Members of the College who are recognized have been nominated for traits that can only have been developed after working for years (often 20 or longer) in the field of workers’ comp. Some of the desired traits include representing defendants and plaintiffs, working as judges, educating others to be attorneys, developing legislation or overseeing agencies to ensure fair practices.

Throughout the course of their profession, College of Workers’ Compensation Lawyers members like Roger Finderson have shown those around them that they possess the following traits:

Moreover, they have shown a proven commitment to not only exemplify the objectives set forward by the College, but also passing these objectives onto the next generation of workers’ compensation attorneys though:

While admirable, these traits alone are not enough to be recognized by the College of Workers’ Compensation Lawyers. In order to be a member of the College, attorneys must be active members of their local and/or state Bar or a member of the National Bar.

Members are also expected to be a beacon of professionalism in both advocacy and deportment for new attorneys. They are to be respected by the bench as well as in their community and by opposing counsel. Additionally, they must be able to act civilly in the face of their adversaries.

Members of the College are expected to avoid allowing common differences to get in the way of acting civilly in all aspects of the practice of law, including negotiations and litigation. They are supposed to be students of the law―to never stop bettering themselves and have a thirst for legal knowledge in order to help their current and future clients. Likewise, members are expected to show an active interest in finding resolutions to problems.

Lastly, CWCL members must take an oath that signifies their lifelong commitment to the betterment of workers’ compensation through the aforementioned traits.

This is a great honor for our law firm, and a huge accomplishment for Roger Finderson who has committed himself to ensure that anyone who is injured on the job receives the compensation they deserve.

If you or a loved one has been hurt at work, contact Finderson Law today for your free consultation.